We continue our run down of military formations with a look at naval formations. As a reminder, we've separated our guide into three sections:

Naval formations are less confusing than Army ones for one simple reason: most modern navies are based to some extent on Britain's Royal Navy.

This is true even of the Russian Navy, which was created by Tsar Peter the Great in the late 17th century, using as his models the Navies of England and Holland.

Unlike armies and air forces, where units tend to remain in place over long period of time and be organised to defend particular areas or regions, naval organisations and groupings are almost as fluid as the sea itself. Ships are despatched to areas as needs determine and combined into groups to carry out particular tasks.

Even with modern replenishing, warships cannot remain on station for more than a few months at a time and can remain at sea only for limited times between refits. Therefore no naval formation will remain unchanged for very long. Once the task is carried out, the formation is disbanded and the ships go their separate ways.

As with armies, the same basic laws of increasing unit power and cost and therefore the ever decreasing size of formations apply to navies.

Where in World War 2 it took more than 10 U-Boats to threaten a convoy and at least eight vessels to form an escort group, the same tasks could now be performed by one or two submarines and three or four frigates. 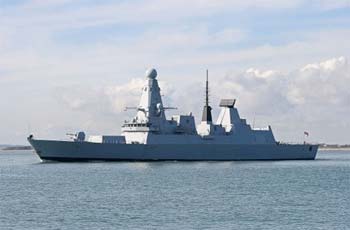 Furthermore, where a World War 2 battleship, crewed by around 2,000 men could use its big guns to (sometimes) sink targets at a range of 20 miles or so, the modern Type 45 Destroyer, with a crew of under 200 can use one Harpoon missile to (probably) destroy a ship at a range of 80 miles.

However, where the most successful Royal Navy battleship of WW2, HMS Warspite, originally cost £2,250,000 to build (around £220m at today's prices), the Type 45s are priced at around £1bn apiece.

As with armies, the larger the naval formation, the less likely we are to see it actually used in today's world of dispersed asymmetric wars and multinational operations.

But unlike armies, the terminology of units and how many vessels they comprise is much more commonly shared among the navies of the world.

Once again, it's simpler to start at the bottom and work up, beginning with the most basic unit, a single warship.

This is the rather pompous naval jargon for a single vessel, ranging from fisheries patrol vessel to aircraft carrier. In most navies, smaller vessels (up to frigate size) are under the command of a Lieutenant Commander or Commander, while more significant units (destroyer and above) are always given to full Captains.

It should be noted that all fighting vessels are referred to as 'ships' in modern navies and that submarines, which were traditionally called 'boats' are also now thought of as full-sized ships.

The flotilla, also called a 'task unit', is a collection of two to five smaller vessels, usually of similar types (e.g. a flotilla of mine-hunters) commanded by a Commodore, a lower ranking Rear Admiral or Flotilla Admiral, and not including a capital ship. 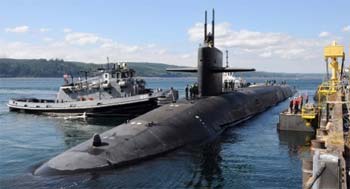 What is a capital ship? It used to be defined as a vessel so important that "if it is beaten, then the Navy is beaten," i.e. the fleet's most powerful battleship or aircraft carrier. A more useful definition today is a vessel so powerful that no opposing vessel can safely operate in the same waters. This would define today's capital ships as nuclear submarines, aircraft carriers and the US and Russian Navy's most modern cruisers.

A squadron also contains between two and five vessels, but is comprised of fighting vessels. Battleships, cruisers, destroyers and missile boats are all organised into squadrons, which can also be called Task Units in modern parlance. Squadrons are typically commanded by Rear or Vice-Admirals.

This comprises two or more task units, or between four and 10 ships of complementary types. In US Navy doctrine, a Carrier Strike Group comprises the aircraft carrier itself, protected by an AEGIS Cruiser, a collection of anti-submarine destroyers and frigates, all supported by a refuelling and replenishing train of auxiliaries, with at least one submarine nearby. The USN also has Expeditionary Strike Groups, formed around one or more landing ships or assault helicopter carriers. A Task Group is commanded by a senior Rear Admiral or Vice Admiral.

In the days of battleships, this also used to be known as a Battle Fleet. Either way, it comprises a large number of vessels (10 plus) of all types, including two or more capital ships. This collection of vessels is capable of being organised into two or more task groups.. Task Forces are commanded by Vice Admirals and are usually assembled to carry out specific and large scale operations. The last time a Royal Navy Task Force put to sea it was to recapture the Falkland Islands and was organised around two aircraft carriers, two landing ships, and included around 20 frigates and destroyers. 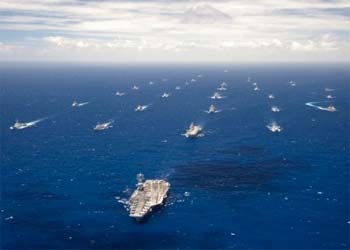 A fleet comprises all the navy's vessels in a particular ocean or general theatre of operations, each one probably supporting at least two task forces, and under the command of an Admiral, Admiral of the Fleet, Fleet Admiral or Grand Admiral.

The US Navy is alone in deploying Fleets in every ocean, including Second Fleet (North Atlantic), Third Fleet (East Pacific), Fourth Fleet (South Atlantic), Fifth Fleet (Middle East), Sixth Fleet (Mediterranean), and Seventh Fleet (West Pacific). Each one of these fleets is built around one or more carrier strike groups.

There is of course one command level higher than Fleet and that is the Navy (or Admiralty) itself, which commands the whole Navy and all its vessels and elements, including shore establishments. The Royal Navy is always commanded by the senior Admiral who as professional head of the Service is called the First Sea Lord. The US Navy is commanded by its Chief of Naval Operations, an admiral reporting to the civilian Secretary of the Navy.

Continue on to part 3 of our guide to armed forces formations, where we look at the air force.