Note the absence of any symbol for zero. This is partly because the numeral zero is already built into the existing symbols and also for the Romans, numerals were for counting, rather than calculation. In the Roman mind, anything that had a 'zero' value was by definition not a number, and therefore could be expressed by the Latin words nihil or nulla, meaning 'nothing'.

Roman Numerals were used as the standard numbering system until the 14th century, when they began to be replaced by the Hindu-Arabic system of 10 numeric digits which is in use today. 1

Due to the rules of addition and subtraction, the largest number you can form in Roman numerals is 3,999 which is MMMCMXCIX. You can, however, represent bigger numbers by using a horizontal line, or bar, across the top of a number. We discuss this further down our article.

To help you remember the seven Roman numerals, you can use a mnemonic device - a learning technique that aids information retention. Here are two popular suggestions:

What are common uses for Roman numerals?

Some of the common uses of Roman numerals in everyday life include use in clock faces, chapter numbering and copyrighting in books, pharmacy prescriptions, and numbered lists. Sometimes dates are given in Roman numerals for the dating of movies and television programmes. Also, some sporting events, such as the Olympics, the Superbowl and Wrestling events use them.

How to convert Roman numerals

Here are the three basic rules for constructing Roman numbers:

You can see the basic rules in operation in the progressions from one to ten and from ten to twenty.

Roman numerals from 1 to 10

Here are the last 20 years represented by Roman numerals.

To make things slightly more complicated, the subtractive notation rule (placing a small number in front of a large one to decrease overall value) is itself subject to three sub-rules:

The origins of Roman numerals

Let's discuss the history of Roman numerals a little more. Roman numerals were the standard system of numbering used by the Romans in ancient Rome. Used primarily for counting, they were adapted from the Etruscan numerals system. The original system of numerals used in the classical era was altered slightly in the Middle Ages, resulting in the numeral system that we use today where letters represent values as numerals.

The Etruscan numbering system had five symbols, three of them shared with Roman. 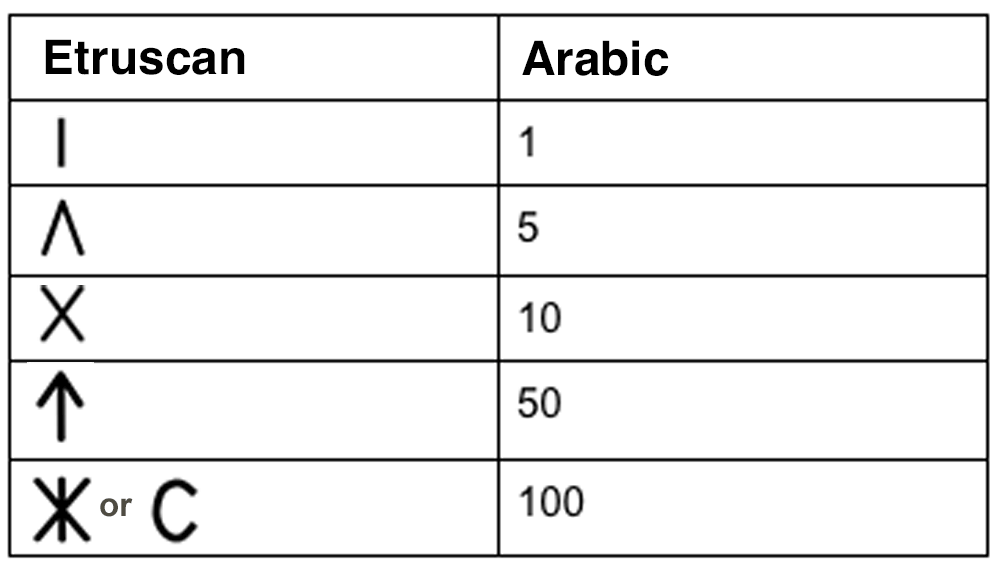 As to how these symbols evolved, there are three main theories.

The first theory is that the whole numbering system derives from notches on tally sticks, with a single notch (I) representing a single event and every fifth notch double cut (V) and every tenth one cross cut (X). This would have produced the positional system seen in Roman numbering. As for the more advanced symbols, these could have evolved later, being fitted with letters of the Latin alphabet.

An alternative hypothesis is that the small numbers in the Roman system are related to hand signals with I, II, III, IIII corresponding to the number of fingers held up for another to see and V representing the whole hand with fingers together and thumb apart. Numbers 6–9 represented one hand held up as a V and the other showing fingers for the additional units and finally a 10 represented by two Vs, crossing the thumbs, or holding both hands up in a cross.

These symbols could be used to express any given value, by combining them. Combinations are defined by a set of rules.

So how on earth could the Roman numbering system with no zero and no single value above one thousand be used to express a really large number, such as a million? Well, the world was a much smaller place in those days and there would have been less need for really large values.

Nevertheless, one would expect an ingenious and supremely practical people like the Romans to have developed systems to crack that problem and in fact they had two.

Representing large numbers with our converter

Here's how to enter large numbers into our roman numerals calculator. Return to calculator.

If you want to convert Roman numerals from the apostrophes system to vinculum system, or vice-versa, you can use this converter from ConvertUnits.com.

Let's go through an example of how to convert a set of Roman numerals to their numeric value. 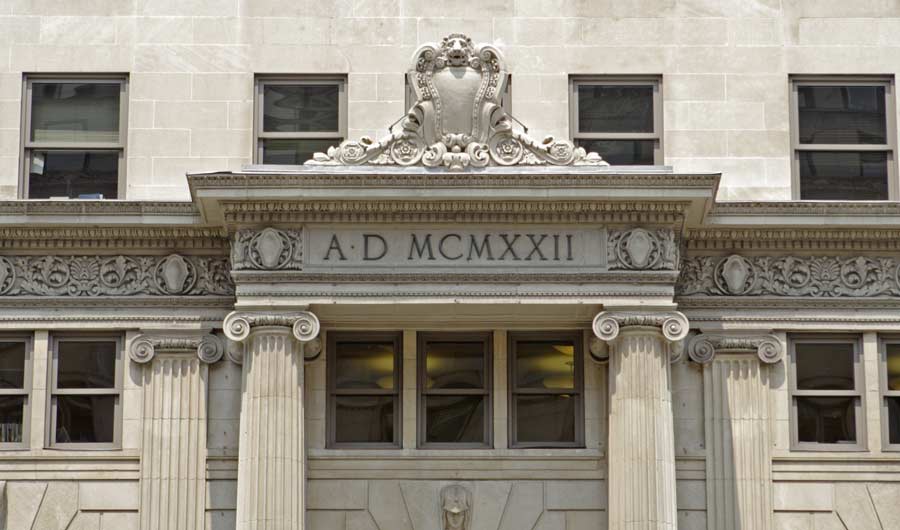 This building therefore appears to have been established in 1922.

The fabulous folks at DadsWorksheets.com have created some great Roman numerals cheat sheets for quick reference of this ancient numbers system. So, do head over there and download them if you want some further conversion practice.

If hope the converter and article have been useful to you. If you need any help with converting between Roman numerals and standard numbers, please feel free to make use of the converter at the top of our page.