How Many Teaspoons in a Tablespoon?

Find out how many teaspoons there are in a tablespoon and convert between tablespoons and teaspoons.
Like this? Please share

How many teaspoons are in a tablespoon?

On the basis of the 3:1 conversion factor, we can say the following:

If you want to convert a number of tablespoons into teaspoons, simply multiply the tablespoon number by 3. As an example, if your recipe calls for 4 tablespoons of self-raising flour, you can instead measure out 12 teaspoons (4 × 3 = 12). 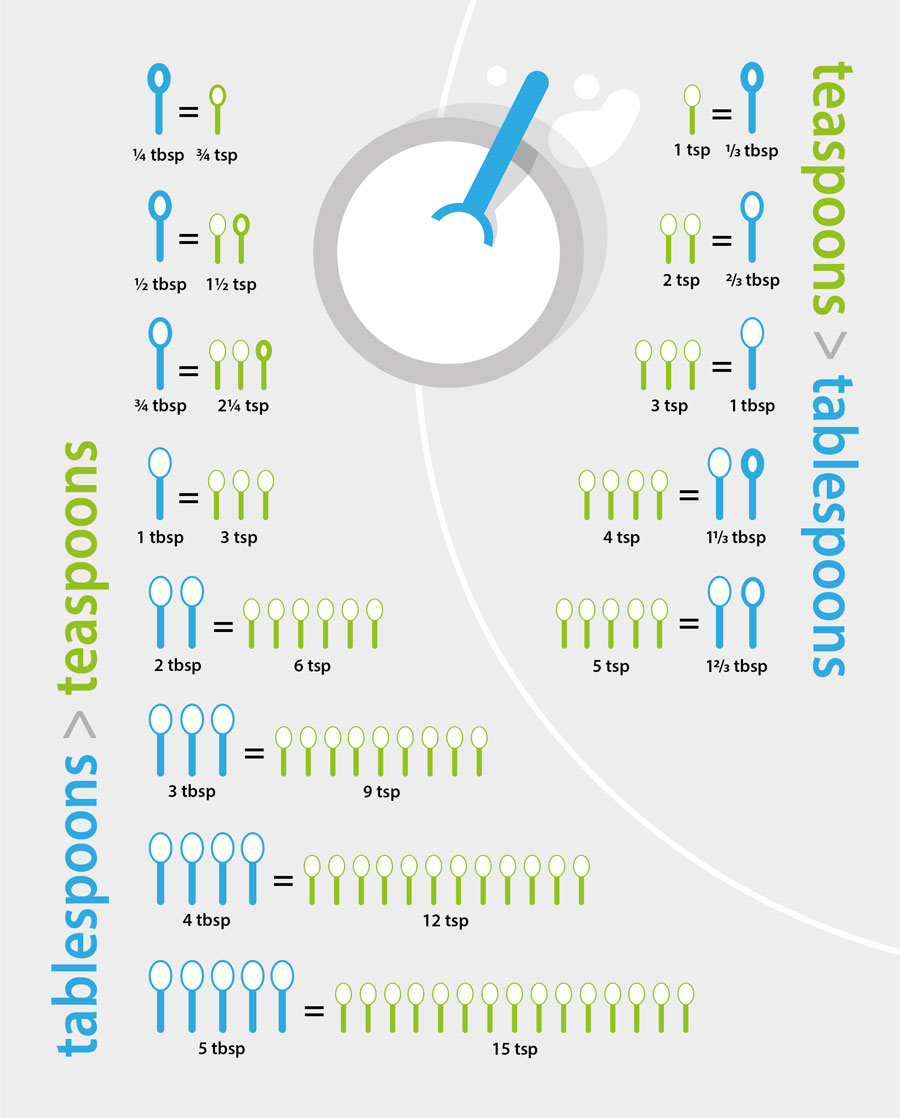 Although tablespoons and teaspoons are commonly used in recipes throughout the world, their mL volume can vary from country to country. This is because whilst the United States uses an imperial unit system, many other countries use the metric system. To add to the confusion, there also exists an old UK imperial tablespoon and an Australian metric tablespoon. When it comes to home recipes, the differences in conversion are quite small. And, providing you're converting a tablespoon and a teaspoon from the same country, you'll likely get the same result anyway.

For any help with converting between cups, teaspoons, grams, etc, give our cooking converter a try.