The Misrepresentation Of Sugar Intake In The Media

In a previous article, we looked at how many grams of sugar there are in a teaspoon. I was recently contacted by food scientist Malcolm Reeves and we discussed how teaspoons of sugar are commonly misrepresented in the media.

These infographics are therefore portraying the foods as containing twice as much sugar as they actually do. Malcolm explains... 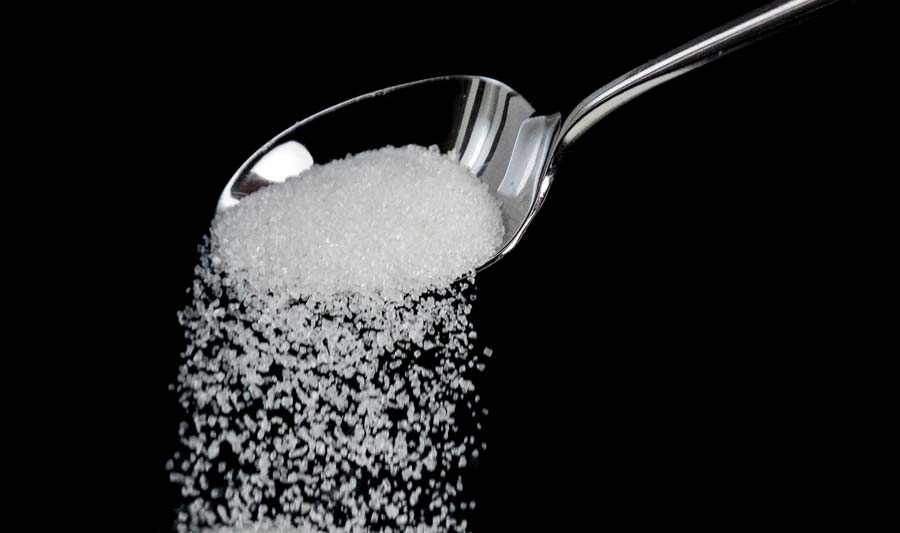 It is disappointing that the general move against sugar has seized on the teaspoon as a measure. I say this because it is not a primary measure, unlike the gram, kilogram and litre for example.

In fact, it is somewhat like turning back the clock to the days of discarded units such as the bushel, grain, peck, foot, acre, chain and so on. These were dropped because of their fundamental inconvenience and poor relationship with accepted primary units including even the pound and gallon. Those latter units have also been discarded by much of the world because they are not easily used and interconverted.

Thus it is curious that having got rid of an eclectic collection of units we are now reverting to an ill-standardised measure, the teaspoon. We need clarity and uniformity, not some arbitrary measure which is challenging to find standardised anywhere. I have searched for definitions of the "volume" of a teaspoon and your definition was the most precise I have come across.

Then there is the added complication of using a volume (a teaspoon) for measuring a weight. The approximate changeability of 1 mL of water to 1 gram of water is fine. But when it comes to dry goods, this can only add confusion. Even when looking for bulk densities to enable the conversion it is possible to find web entries that confuse bulk density with straight density. This is the case for sugar where the spaces between the crystals result in a bulk density that is about half the density of solid sugar. Yet, with a web search, you can find values for bulk density that are in fact the density of the pure solid with no air spaces.

In cooking terminology, one can find measures such as level teaspoon, rounded teaspoon and heaped teaspoon. At least this differentiation tries to define the measures a little more closely. However, it still does not address the fundamental fact that spoon manufacturers do not consider that they are producing something with a standard volume. I have even measured different spoons in different cooking spoon sets and found differences. Nor does it address the fact that it is inappropriate to use a volume as a measure of weight.

Moreover, to be specific, it is inappropriate at a time when most food is sold either by volume (beverages and sauces for example) or by the gram or kilogram (flour, meat, butter, etc). The exception comes with items such as eggs, which are sold by the dozen (but typically packs have a minimum weight). We do not buy sugar (or other solids) by the number of teaspoons or tablespoons in a pack. We are familiar with grams and kilograms, but perhaps not so much with what 1 g to 10 g might look like. It would be better to put effort into informing the consumer about small measures of sugar as grams.

The difference between a heaped and level teaspoon is huge. 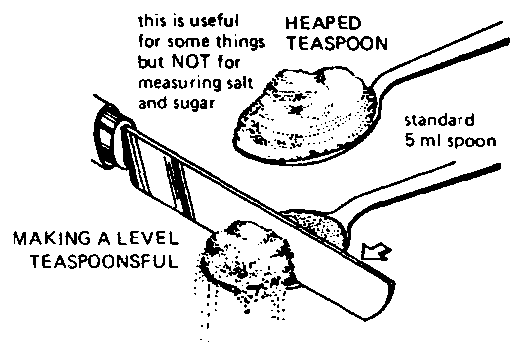 The following image is totally incorrect and should not be used. To be correct it needs to be level and NOT have the surrounding sugar. Alternatively it should state that a heaped teaspoon of sugar weighs between 7.5 and 8 grams.

This image shows a heaped teaspoon, which will contain more than 4.2g of sugar. Image from Food Pyramid article.

The following is disappointing for being misleading too (from the Journal of Insulin Resistance). While the facts might be right, by using heaped teaspoons it visually implies that the amount of sugar is about two times greater than is actually present.

Does the person who produced the image below really suggest we can consume this number of heaped teaspoons? It suggests twice the actual recommended daily amount, but would have been correct if only they had used level teaspoons. 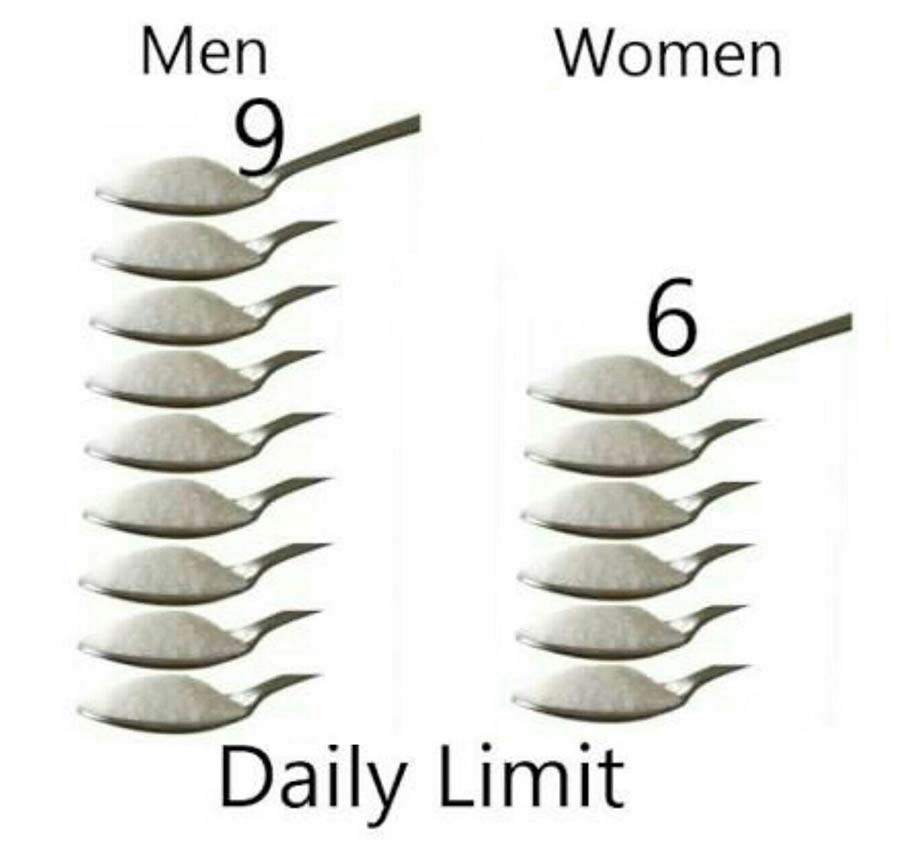 I do not want to get into the sugar, obesity and sugar tax debate for that is a huge and complex topic. There are so many factors to be considered that it would take pages to address.

I would simply like to point out that by using incorrect weights for heaped teaspoons of sugar the people who see these pictures of heaped teaspoons may in fact think that they hold just 4 grams. This means that instead of helping to inform people, the producers of these infographics may well end up misleading the very people they are trying to help. Perhaps we need to publicise WHO's guidelines as to maximum sugar intakes.