Menu
home » units » articles » how long is a light-year?

How long is a light-year?

Exactly how long is a light-year? No, this isn't a trick question, but many people might think so. Unlike what the phrase may suggest at first glance, light-year isn't a measure of time - it's a measure of distance. The proper definition of a light-year would be "the distance light travels in a year". 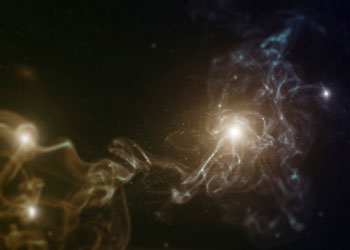 You may wonder, though... just "why we use the light-year to measure distance? Why not use snail-years or rocket ship-years instead?" Good point, there! But there's actually a very good reason why light is the best possible thing we can use to measure distance. Two reasons actually.

First, the universe is extremely, immeasurably big. It's much bigger than we can wrap our minds around from our earthly perspective, really. Therefore, when you're trying to measure distances on a cosmic level, you want to rely on the largest measuring unit you can get. So, you need to really look at the fastest thing in existence and see how far it can travel in one year. That gives you a decent baseline that's workable for measuring distances on a cosmic scale. What is the fastest thing in the universe? Come on, you must have figured it out by now...

Light is the fastest thing in the universe

The speed of light is sometimes referred to as the "cosmic speed limit". It was Einstein who first demonstrated it theoretically: that light is the fastest thing in the universe, travelling in the vacuum of space at a whopping 300,000km per second (or 186,000 miles per second, depending on which side of the Atlantic you stand). Nothing can travel faster than that. And if it tried, it would likely blow up and disintegrate... more on that below. 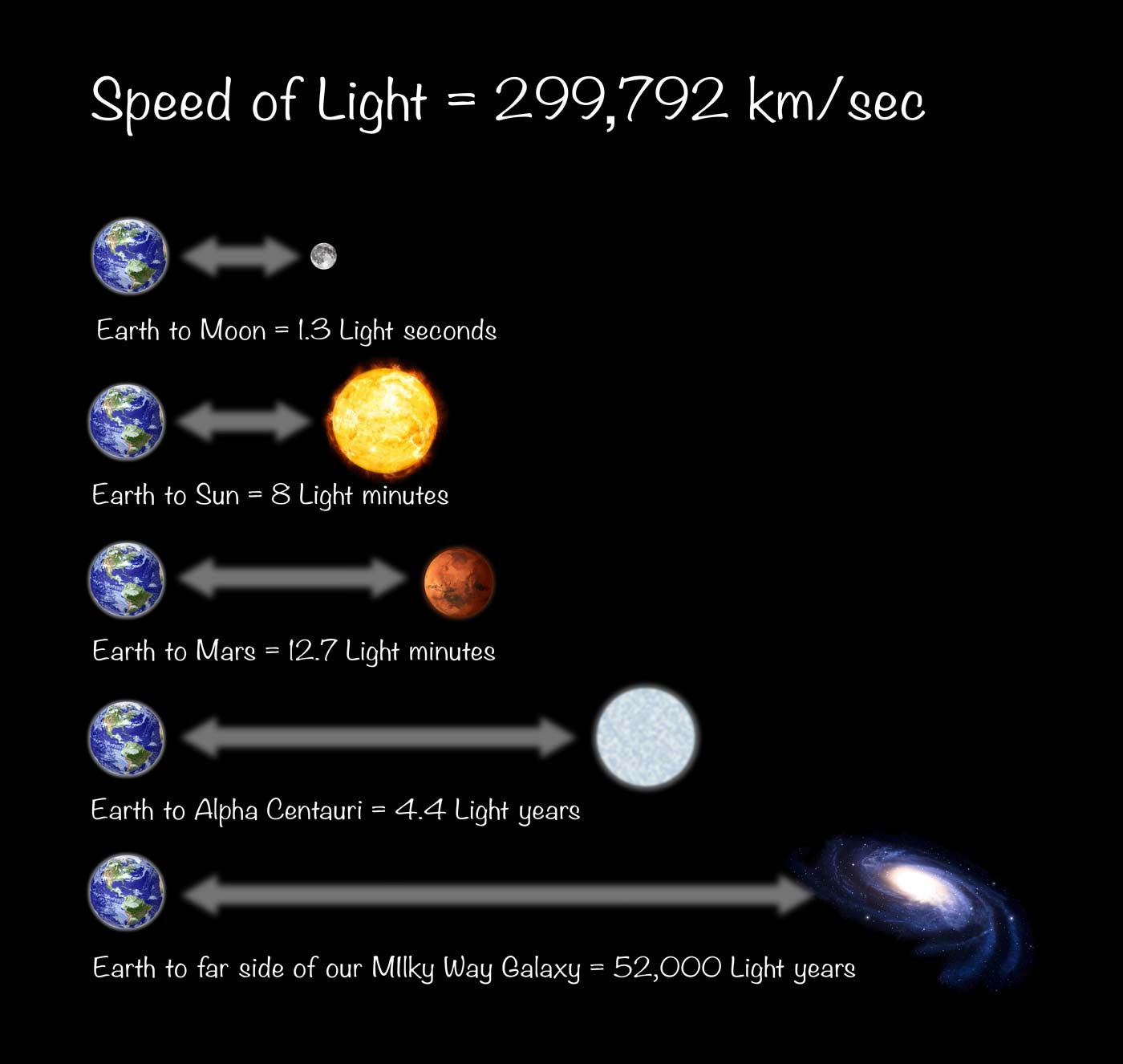 Average distances from the earth, measured in light seconds, light minutes and light-years.

E=mc2 shows why nothing moves faster than light

If you look closely at Einstein's famous equation above (where e=energy, m=mass and c=speed of light), you should be able to instantly tell why nothing can possibly move faster than light... because all things asides from light have mass.

To make anything that has *any* mass move as fast as light, it would take a tremendous amount of energy - and this energy would increase in proportion to the mass of the object you're trying to move. In simple terms, you've had to blow something up to make it move faster than light... and even then you'd just fall short and get some bursts and flashes that move just as fast as light does because, well, they're light.

There is however, a kind of exception to this rule, as you'll learn below.

Faster than light: Spooky action at a distance

In recent years, physicists have proposed a possible exception to the nothing-is-faster-than-light rule: it's called "quantum entanglement", and it's a phenomenon that Einstein himself was aware of: he called it "spooky action at a distance". This is what happens when a photon (which is essentially a piece of light) is split in two. When this happens, it appears the two parts retain instant communication no matter how far they are separated in space. And we all know that "instant" is faster than fast... but it could also be reasoned that teleportation is not the same as transportation.

The actual number of miles/km light travels in a year

If you've read this article, you now know why nothing is faster than light. You also know why that makes light convenient as a unit to measure distances: because it's the fastest thing in the universe, which makes it practical to use it as a baseline to track distance measured over a year in space.

In February 2017, astronomers detected seven Earth-sized planets orbiting a single star 40 light-years away from Earth. It's exciting news, but it begs the question: just how far away is that?

How long would it take to get there?

The fastest spacecraft in our history is the Voyager 1 spacecraft, travelling at 62,140 km/h (38,000mph). It should be noted that this is a probe and not a vessel capable of sustaining human life. However, we'll use it for this example.

If we set off now, maybe we'll arrive in time for lunch?