Tablespoons and Cup Sizes Around The World

After I created and published a converter for cups and tablespoons, I received questions in my inbox asking for more information on cup and tablespoon measurements. Here is one example:

"Although I enjoyed your article about cups and tablespoons, I'm a little confused. It seems that a cup and tablespoon have different sizes depending on where in the world you are. Is that correct?"

Absolutely right! There are different measurements for tablespoons and cups around the world. These days, usage of the cup in modern recipes is mostly confined to the United States and Canada. The cup hasn't been used as a standard measurement in British recipes since the 1960s. That said, it is still possible to come across a modern recipe that references it.

This fact obviously means that the conversion of cups to tablespoons is dependent on which country your recipe is from and which tablespoon you have in your kitchen draw. Allow me to explain this in a little more detail.

In the United States, there are two main sizes of cup. In the UK and the rest of the Commonwealth, there's the metric cup. However, if your recipe is an old British recipe, it'll probably be referencing the imperial cup.

Let's look at the measurements country by country to find out how many tablespoons are in your cup<. I've also included a handy quick-reference chart at the bottom of the article. We also have an article discussing converting cups to grams, should you wish to go down that route. 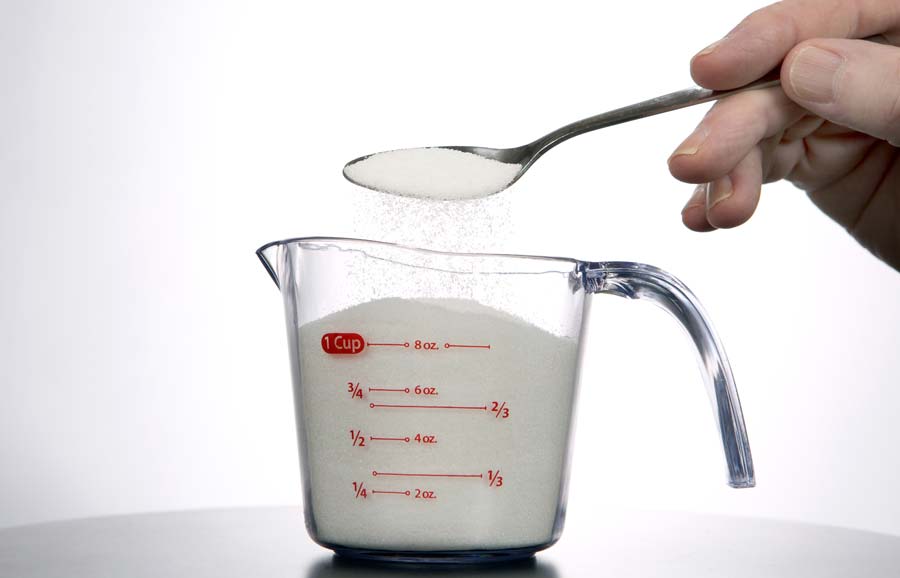 Recipes From the US

The traditional US interpretation of the cup and tablespoon do not make things easy for people trying to follow a recipe. As I mentioned above, in the US there are two main sizes of cup. There's the 'customary cup' and the 'legal cup'.

The US customary cup

This is the common cup measurement used in traditional cooking recipes. This cup measurement comes from the United States customary system (USCS), which dates back to the days of pre-US independence.

Measurements for the US customary cup (used in recipes)

The US legal cup

The US legal cup is the measurement commonly used in nutrition labelling, as stipulated by the FDA in their (Food Labelling Guidelines).

Measurements for the US legal cup (used in nutrition labelling)

The cup is seldom used for measurements in modern recipes from the UK, New Zealand and South Africa. However, for times when it does feature, it will likely refer to the international 'metric' cup. This is despite the fact that the metric cup is not designated as an official metric unit. The UK Metric Association states that in the UK, cups are "no longer a standard UK measure". That said, a 'metric cup' measures 250mL.

Although cups are rarely used in modern recipes, they do commonly feature in recipes from old cookbooks. When looking at your recipe, check the date of publication. If it is an old recipe then it will be referring to the imperial cup and imperial tablespoon. These are bigger than the metric cup and metric tablespoon. Let's take a look at the measurements.

Measurements for the metric cup and imperial cup

A conversion from the metric cup to Australian tablespoons works out as follows:

Although modern Canadian cups follow the standard metric unit of 250mL (meaning you can use the same conversions as for UK, New Zealand and South Africa above), if you are referencing an old recipe then it may be using the 227.30mL imperial cup. A Canadian imperial cup would convert to 15.154 metric (international) tablespoons.

Are you confused yet?

It certainly isn't straight forward, especially if you're reading a recipe from one country and trying to use measuring tools from another. For that reason, here's a handy cups to tablespoons conversion chart.

Below is a quick-reference chart showing each recipe measuring cup from around the world and the number of tablespoons for each. Note that all figures are rounded to 2 decimal places.

It is worth pointing out that for most home cooks it won't make a huge amount of difference if you pick the wrong cup measurement (US, metric or imperial) - they are similar enough in size around the world. When cooking with larger quantities, however, a need for precision and accuracy may be important to you.

Do leave any comments and questions below this post.

For any help converting between cups and tablespoons, give our cooking converter a try.