A brief history of the metric measurement system 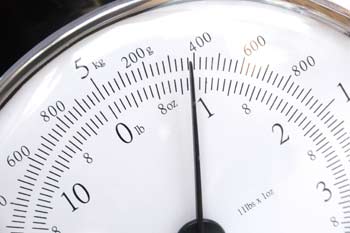 The world of weights and measures can seem to some people like a long lost foreign language - impossible to understand and equally impossible to learn. Take the height of a horse: the standard unit of measure is the hand. But how did we get to this point and what exactly is a hand? Is the measurement based on the size of a human hand? If so, whose hand?

Now stop for one moment and ask yourself if you really care if 16 hands is equal to 1.62m (which it is, roughly). I'm guessing you probably don't. What you want to know is where, when and why the metric system came into being, right?

But before we go there, let's take a whistle-stop tour through the history of weights and measures.

The First Recorded Use of Weights and Measures

To be honest, nobody is quite sure when mankind decided to measure weights. There are plenty of examples of civilisations using various short-lived mechanisms, but there's no one point we can identify as the very first time measurements were used.

The very first examples revolve using body parts as a way of measuring length and height, and stones for weight. The Bible clearly details the measurements of Noah's Ark - in cubits (a unit of measure based on the length of the forearm from the tip of the middle finger to the elbow). The cubit was also used by both the ancient Babylonian and Egyptian civilisations.

The original US weights and measures system can be traced back to England and was carried to the New World by settlers.

The English Imperial weights and measures system was directly influenced by the ancient Romans with words such as "ounce" and "inch" being derived from the original Roman words.

Imperial weights and measures are still used in both the US and United Kingdom with the latter standardising the measures in about 1824.

What About Metric Measures?

More recently, an increasing number of countries have moved to the metric system in order to reduce the cost of internal commerce and global trade. But the metric system is far from new - the earliest records date way back to 1670 when Garbiel Mouton, of Lyons, proposed a new decimal system for measuring time.

Just over one hundred years later, in 1790, the French National Assembly asked the French Academy of Science to create a new standard for all weights and measures.

In accordance with the request, the accumulated minds of the academy proposed a series of new measures that was simple and scientific:

The unit of length, the metre, was calculated as a portion of the Earth's circumference (to be precise, one ten-millionth of the total distance between the North Pole and the Equator).

Mass is directly related to length and measured in grams.

Capacity is measured in cubic decimeters (a cube, the sides of which are 10cm long). The cubic decimeter volume is measured in liters. At first, it might seem as if the French were simply proposing a new system in order to irritate the English, but the new metric system actually makes sense. You see, simplicity was key and the scientists built the metric system around a "base 10" system (as opposed "base 12" used by the Romans and British). The old English mechanism had worked well for a very long time but the methods of calculation were unwieldy and arcane.

At this point, it would be fair to say that the new metric system wasn't embraced with open arms. In fact, in the early days, the only country to use the system was France (which is kind of understandable) and only because metric measurements were made compulsory in 1840.

What really spurred on the adoption of metric measurements was the fact the base 10 approach to calculations seemed almost tailor made for scientific and engineering work.

In 1866, the United States Congress made a new law that forced all commercial and legal dealings involving weights and measures to employ the metric system.

Game, Set and Match to the French?

Not quite. By the late 1860's, it became abundantly clear that the metric system wasn't keeping up with science. As the pace of innovation and discovery gathered pace it looked like the Metric system was on the ropes.

To ensure this recently adopted standard didn't end up fragmented and all but unusable an agreement, the Metric Convention, was brought into being in 1875. Universal metric standards were set up for length and mass to ensure standards were maintained across all signatory countries.

By 1900 the metric system had been adopted by 35 countries. These include the US and the major European states.

The next major change to the system came in 1960 following a major revision of the system. The simplification process saw the definition of seven base units (meter, kilogram, the second, amperes, kelvin, mole and candela) proposed by the Systeme International d'Unites.

1971 saw a recommendation from the U.S Secretary of Commerce that the United States move to a predominantly metric system. In 1975 Congress enacted the Metric Conversion Act (note: this called for voluntary conversion only).

There you have it – a simplified system proposed by the French, tweaked and massaged by a small number of early adopters and then accepted by the world.