The history of mankind is a pretty grim place: since the year dot we seem to have spent most of our time fighting each other (often for very strange reasons). But, every now and then, we come up with some pretty cool ideas that reflect the ingenuity of the human.

Today we're going to look at the advances in time keeping. Sure, life would probably be so much easier if you didn't have to live it by the clock, but that shouldn't detract from the very clever concepts humans have invented to track the course of old Father Time. 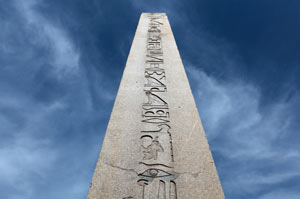 If you've ever been to Rome, or seen pictures of this magnificent city, then you'll have seen one of the many obelisks that line the streets. For the Romans, these huge stone objects were the spoils of war (when they weren't inventing aqueducts and Roman numeral converters, the Romans did a lot of warring and, consequently, had an awful lot of spoils).

The first known example of this time-keeping device dates back to about 3,500 BC. In time, smaller, more accurate sundials took their place, but the Romans didn't seem so interesting in stealing these.

Seasoned girl guides, boy scouts and hermits from the outer reaches of Alaska know all too well how to use a candle to track time. For those of you who are (excuse the pun) in the dark, here's how it works.

Candles burn at a slow, constant rate. By marking the candle with a uniform series of notches or cuts you can create a very effective clock. The technique dates back to about 520 A.D (and it's another time keeping method we can attribute to those very clever Chinese).

The ancient Babylonians and Chinese scientists had already worked out that a day consisted of twenty four hours long ago and the candle method was, for a long time, the main method of keeping time. 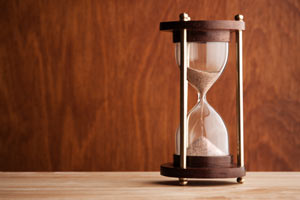 No, we're not talking the curvaceous figure of Marilyn Monroe; the hourglass clock was something altogether different from the good looks and raw ambition it took to power the small town girl to the heights of Hollywood fame.

Dating from the mid-1300's, the hourglass moved away from the notion that, in order to keep accurate time, you had to track the sun. Filled with sand, powdered eggs or powdered marble, the hourglass was used to measure the passage of minutes, with a very high degree of accuracy.

Obviously, it was useless as a twenty four hour clock, especially at night, but, to this day, the device endures, albeit in antique shops or in the back of a kitchen cupboard.

Also known as a Clepsydra (I prefer water clock - it's easier to pronounce), this time-keeping instrument is one of the oldest known to man. The first accounts of using a water powered device to track time date back to the 16th century BC. Yes, that's right - sixteen hundred years BEFORE the birth of Christ.

Obviously, the technology behind the water clock advanced from the early days of its origins and the machines created by French scientist Bernard Gitton, but the principle is the same. Basically, a constant flow of water is applied to the clock and this powers the mechanism that moves the clock hands.

If you want to get really technical, we could start talking about inflow and outflow water clocks. But the differences are subtle and I'm sure you clever girls and boys can work it out for yourself. 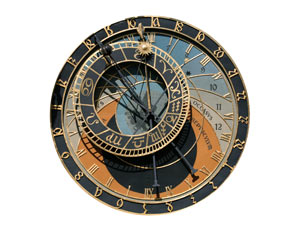 Prague's astronomical clock has been operational since 1410. It is the oldest working clock in the world.

Now we get to the really clever stuff. The astronomical clock was invented in the 11th century by the Chinese scientist, Su Song. It certainly seems like the Chinese have a fine heritage in making cool gadgets. In an apparent hat tip to the Clepsydra, the first astronomical clocks used water to drive the mechanism.

A variant of the clock built in 1206 allowed the operator to programme the mechanism to take seasonal changes into account. Built by Al-Jazari, Muslim scholars used the clock to track the stars of the Zodiac.

In addition to acting as a clock, these devices could also be used as calendars which, to my mind, makes them kind of like a 1,000 year old smartphone - without the phone functionality!

No, we're not talking about a countdown to Armageddon and the arrival of Mad Max and the twisted monstrosities from some irradiated future wasteland. The atomic clock is the most accurate time keeping device ever created. By man, I might add. After all, there could be seriously clever aliens out there who have come up with something more accurate.

First proposed in 1879, and built in 1949, the atomic clock's phenomenal time keeping capabilities are based on the spin property of the cesium atom. It's worth Googling this if you want to understand in full detail how it works (but, trust me, it's hard going).

Right, that should be enough to dazzle your friends the next time you throw down the gauntlet and engage in a war of trivial knowledge.