The more one studies mathematics, the more mysterious it becomes, with powers that seem quite 'spooky' and almost magical at times. 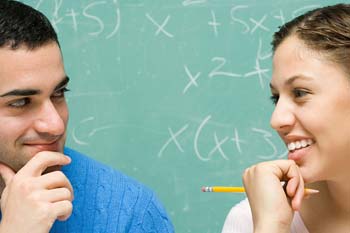 Consider the Power of Pi: it seems such a simple concept, the ratio between the circumference of a circle and its diameter. As a fraction, that's simply 22 over 7 but as an actual number, Pi is unknowable.

See the box for an approximate (!) statement of the value of Pi but in fact you could go on calculating it into eternity and never find a pattern or reach the end. So we just call it 3.142.

But consider how this "irrational" number seems to crop up everywhere. Pi is all over the natural world, wherever there's a circle, of course, measuring patterns in the DNA double helix spiral or how ripples travel outward in water. It helps describe wave patterns or the meandering patterns of rivers.

But Pi isn't just connected with circles. For example, the probability that any two whole numbers among a random collection are "relatively prime" with no common factor is equal to 6 over Pi squared. Pi even enters into Heisenberg's Uncertainty Principle; the equation that defines how precisely we can know the state of the universe.

So Pi is just one example of the 'magic' of math. If you want more proof of this, consider the following:

Pi and pizzas are linked

You multiply Pi multiplied by the radius squared to find the area and multiply area by height to find the volume, That means the volume of a pizza that has a nominal radius of (z) and height (a) will, of course, be: Pi × z × z × a

And strangely, if you enter Pi to two decimal places (3.14) in the your calculator and look at it in the mirror, you'll see it spells 'pie'.

The spiral shapes of sunflowers and other patterns in nature follow a Fibonacci sequence, where adding the two preceding numbers in the sequence gives you the next (1, 1, 2, 3, 5, 8, etc.)

In a crowded room, two people probably share a birthday

It only takes 23 people to enter a room to give you an evens chance that two of them have the same birthday. With 75 people in the room the chances rise to 99 per cent!

Seven is the favorite number 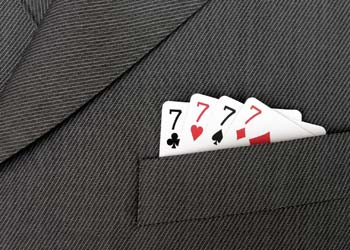 You might have guessed that most people's favorite number is 7 but that's now been proven.

A recent online poll of 3,000 people by Alex Bellos found that around 10% of them chose seven, with three as the runner-up.

That might be because seven has so many favorable connections (seven wonders of the world, pillars of wisdom, seven seas, seven dwarves, seven days, seven colors in the rainbow). But it's also true that seven is "arithmetically unique" - the only single number you can't multiply or divide while keeping the answer within the 1-10 group.

Cicadas incubate underground for long periods of time before coming out to mate. Sometimes they spend 13 years underground, sometimes 17. Why? Both those intervals are prime numbers and biologists now believe cicadas adopted those life-cycles to minimize their contact with predators with more round numbered life-cycles.

On the next page we look at how the answer is always 6174, how random patterns aren't really random and we reveal 14 other snap maths facts.

Starting with any four digit number (that has at least two different digits) just follow the following steps:

Eventually you'll end up at 6174 or 'Kaprekar's Constant'. Just as remarkable, it never takes more than seven stages to get there.

Picking a number at random, let's try 4551, for instance.

... but not with those comma placements. There are at least three different ways to use the numbers 1-9 in that order without multiplying or dividing in order to reach 100:

Weirdly, random numbers aren't actually all that random. In a given list of numbers representing anything from populations to building heights to border lengths, fully one third of them will begin with the digit 1. Fewer will begin with 2 and so on until only one number in twenty begins with a 9. The bigger the data set, and the more orders of magnitude it spans, the more strongly this pattern emerges.

Express this as the equation:

Multiplying both sides by 9 produces:

What's going on here? In two words, 'decimal expansion'. 0.999 really represents 0.999999999 and on ad infinitum with each place to the right of the decimal point representing a further negative power of 10. 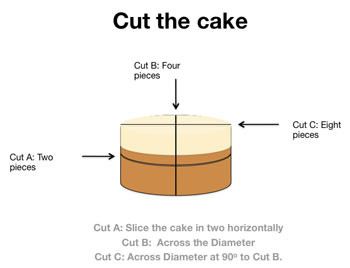 Do you know any more fascinating maths facts? If so, please feel free to leave them in the comments box below and we can discuss them.