Menu
home » finance » articles » should you pay in local currency or home currency when abroad?

Should You Pay In Local Currency Or Home Currency When Abroad?

Travelling abroad can be many things (relaxing / hilarious / romantic / messy / traumatic / The Absolute Worst - delete based on stage of life and number of family members accompanying), but rarely can it ever be described as cheap.

Last time you went on vay-cay, you spent a week eating and drinking your way through your life savings, bought some magic beans and then got mugged on the train. It's an expensive business. Do you realise you probably lost even more money down the drain by paying in the wrong currency when using a credit card or debit card?

After all, you know the value of your home currency and it's easier to figure out how much you've spent and what you've got left for essentials (like the novelty lederhosen, a postcard for your gran and a place on the underwater ghost tour). It might even seem, intuitively, like it should be cheaper. Your account is usually managed in pounds/dollars, so if you pay in that currency, maybe there's no difference?

That's the sound of your hand on your forehead when you look back at your statements and discover that you were charged between 3 and 5% more every time you paid in your home currency. That's like, hundreds in fees on the lederhosen alone. And not only that, but the currency conversion rate at the place of purchase is likely to be a lot more conservative than the current rates your bank will be using. So that's a double sting, and a double face-palm. Painful, right?

This sneaky little issue can be attributed to something called Dynamic Currency Conversion, which sounds way more fun and spangly than it really is. The service exists because people often prefer to know what they are spending in the most familiar terms, allowing them to throw down their £35 hotdog in disgust, rather than finding out later on what it has "really" cost them. But there's a simple way to avoid this problem, and it doesn't involve being exploited by unexpected DCC costs.

Just make sure you are familiar with the local currency when you travel, so you know roughly whether something is a good deal or a stonking rip-off ($100 fish and chips are prooooobably not worth it). We have a free, and rather marvellous currency converter tool here, which could save you a lot of headaches (as well as your hard-earned cash). Use it as you go along, and you won't have to worry.

A little side note, for fairness: in some cases, usually on very small purchases, DCC isn't such a catastrophe. If you're buying a pencil sharpener from a museum gift shop and it's worth about $1 or £1, the DCC fee will be around 3-5 pence or cents (plus whatever difference in generosity of the museums in-house exchange rate).

However, you might be unlucky with a credit card that has a minimum fee for foreign purchases, and this fee might outweigh the DCC costs. If you're going to be lumped with a charge from the bank every time you spend in foreign currencies, you would be better off taking the DCC hit if it's only a little purchase. 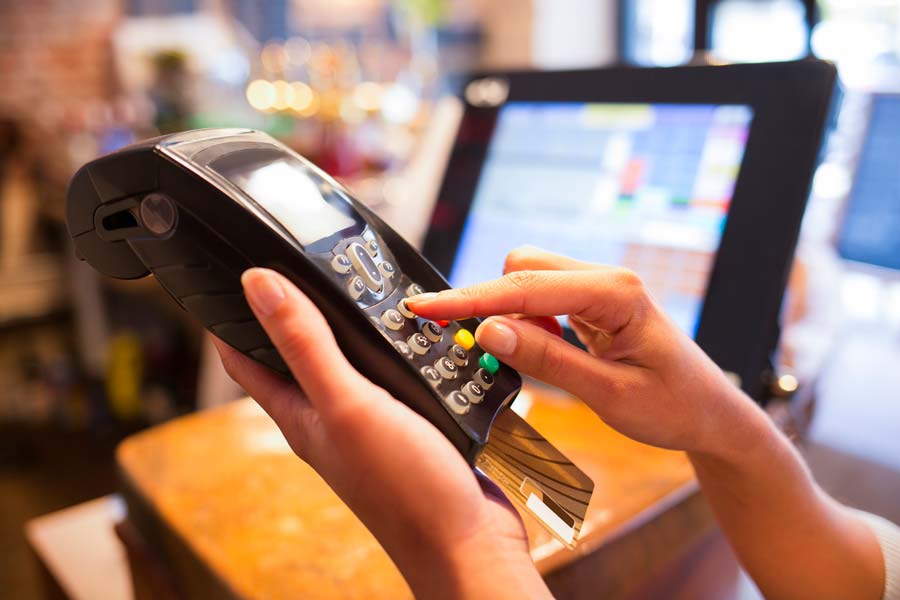 In order to work out whether this snag applies to you, it's important to consider which card you are spending on, to begin with. Some banks offer credit cards specifically to entice travelling types, because they don't put any fees on spending abroad. If that's what you've got, great news! You should always, always pay in the local currency. If you haven't got one of these cards, and aren't eligible to apply for one, then just wince and use the DCC option on smaller purchases, paying in local currency for more expensive things.

Make sure you check how card spending differs to cash withdrawal too; if you need cash, it's almost always cheaper to visit a currency exchange before you travel (or even at the last minute with the airport's brutal rates) because interest is charged on credit card cash withdrawals from the day of the transaction. But here's a cool thing: some startups are making it possible to exchange currencies person-to-person, cutting out the high fees charged in bureaus. Check out WeSwap and Revolut to find out more.

Bon voyage, and don't forget your x-ray snorkel for the underwater ghost-hunting!

Discover the number one song and movie on the day you were born.