A brief history of loans

Ok, before we rush headlong in the history of loans, let's get a quick definition of a financial loan:

A loan is a debt supplied by either a person or an organisation to another person or organisation. A rate of interest, which serves as financial compensation, is applied to this loan and repayment dates are agreed. Easy, eh?

If you're looking for a point in time at which the concept of loans came into being, you're in for a long search. Lending in any form is pretty much second nature and the practise probably extends way back into the mists of time. Now, that's not to say that there's no documentation about the history of loans. In fact, there are reams of historical documents dating back thousands of years that show the evolution of the loans industry. 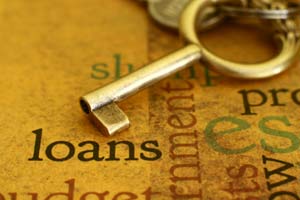 Some of the earliest monetary loans have been documented in the Bible! Other cultures, including the Romans and ancient Greeks, have ample evidence of a thriving lending industry that dates back thousands of years.

But the oldest records go all the way back to Assyria and Babylonia where merchants of the time made grain loans to farmers and traders. The mechanisms in place were pretty sophisticated, even by modern standards, with lenders accepting both deposits and acting a little like a bureau de change.

Now if you're wondering who came up with the idea of paying interest on loans, you can lay the blame at the door of the Mesopotamians.

The main European economies didn't really catch on the power of lending until around the 13th century when the all-powerful churches realised the financial benefits of raising much needed revenue in the form of interest.

But how did loans evolve? Let's take a look.

Even though money lending is a very old practise, it didn't really evolve much until the Middle Ages. At this point in history a rapid change was seen in the ways money could be borrowed.

Good old indentured loans; aka a way of ripping off the poor!

Used in Europe from the Middle Ages through the 1800's, the indentured loan was a mechanism that allowed the landed gentry and rich tradesmen to borrow money for the purchase of land or a house. In return for the necessary finances, the lender would be expected to work off their debt by working on the lender's estate.

When you think about it, indentured loans are a convenient way for both parties to get what they needed. But, some unscrupulous lenders over-inflated the debt or interest payments, resulting in the borrower effectively becoming a slave.

Fortunately, there were lenders out there who recognised the value of repeat custom and were practising an early form of sustainable lending at the same time as indentured loans were thriving. Early Italian pioneers were setting up stalls in local markets from which they would lend money. An interest rate was applied to the loan and the borrower was expected to pay back the outstanding monies at set intervals. Now you can see where modern banks get their ideas from. In fact, the word "bank" is derived from "banca"; the benches on which the moneylenders sat when trading. The only problem with this type of loan was the wild variation in interest rates which were set by each lender and not controlled by a central authority.

Point of interest: if a lender decided he wasn't making enough money he would smash his bench ("banca rupta") and look for another job. This phrase translates into "bankrupt", although the implications are somewhat different nowadays.

Fast forward a few hundred years and breathe a sigh of relief: money lending is now subject to far greater controls. In most countries, a central bank or financial authority regulates money lenders and the chances of losing your kneecaps to a loan shark are only slight.

One of the more sensible controls placed on banks and lending is the amount that can be loaned to an individual. In days gone by there was no limit and you can probably guess the problems some people ran into as they tried to service huge debts. 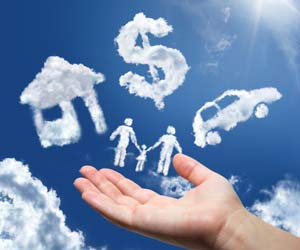 Even the recent fad that is payday loans, whilst unscrupulous, has served to make the money lending industry a safer place for borrowers. Following a wave of repossessions, the government stepped in to regulate an industry where interest rates reached as high as 4000%.

In some respects, the underhand and very dubious practises found in depths of history have had a beneficial effect on our finances.

However, if not for some of the oppression and misdealing that was present throughout the history of lending, then the fairness and opportunity that exists in banking today might not be possible. Even the oppression that resulted from indentured servitude in the past helped to establish modern banking by showing what factors needed to be eliminated so as best to benefit both lender and borrower.

Just to finish off, here's a quick run down of the types of loans you're likely to run into today:

When you take out your loan you offer up an asset as collateral. This might take the form of your car, house, pet tortoise or whatever else the bank deems sufficient to service your debt if you fail to meet the repayments.

The secured loan is most commonly seen when buying a house or financing the purchase of a new car.

A demand loan can be secured but, in the main, are offered as unsecured loans. There are no fixed repayment dates and interest rates can vary. They're called "demand loans" because the lender can ask for repayment at any time.

The key feature of this loan type is the interest rate applied which is usually below the market standard. Most commonly used by governments to lend money to poorer countries, but can also be offered as an employee benefit in a financial organisation

If you are interested in calculating the repayment cost of a loan, check out our loan payment calculator.