home » finance » articles » what is a 401(k)? the ultimate guide for beginners

What is a 401(k)? The ultimate guide for beginners

The 401(k) has been around for quite a while now, but do you know the history behind it? If your answer is "no" then fear not, for today we're going to look at some of the facts and figures surrounding this pension scheme (including the fact that inventor thinks it's not fit for purpose). 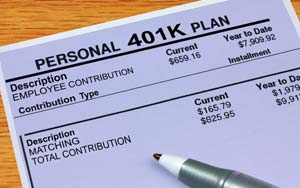 In simple terms, a 401(k) is an employer-sponsored retirement savings plan. The premise of it is that money is deducted from your salary pay check, pre-tax, and invested in savings until you reach the age of retirement. The 401(k) is currently one of the most popular retirement plans available

If you've started your working life in the last twenty years or so you're unlikely to know the answer to this one; 1980. At the time of writing, that's only thirty four years ago, but, in terms of the pace at which markets move, it's an eternity.

The man responsible for devising the 401(k) was Ted Benna, a benefits consultant who, using his own interpretation of tax law, created the very first 401(k) for his business. The birth of this benefits plan was, by all accounts, an accident; Benna was looking for a way to fund a pension pot using pre-tax dollars and employer contributions.

Bearing in mind that the scheme is only thirty four years old, its rise in popularity has been nothing short of phenomenal; currently, 94% of all US companies offer the plan. When it first launched only a very few very large employers offered the scheme to employees.

To be fair, the mechanism that allowed the 401(k) to be created was enshrined in law back in 1978, but it took a financial guru like Benna to realize the full potential.

A year after the inception of the plan, in 1981, the I.R.S issued rules governing the funding of plans using pre-tax contributions.

In 1984, non-discrimination laws were voted in. These made the scheme a universal benefit and not one that favored only the most highly paid.

By 2001, the total value of the 401(k) fund hit $1 trillion and had over thirty million contributors. Current estimates (June 2014) suggest that over fifty one million Americans participate in the scheme and the overall value is now $3.5 trillion (the interest alone on that sum would fund your retirement for all eternity - we can only wish).

The 401(k) scheme is far from perfect, but it's a personal choice (although some would say it is slowly throttling the traditional pension plan). Before you start putting money into this scheme we recommend you do your homework and assess the plan on the relative merits.

Much noise has been made about the detrimental effect this plan has had on 'ye olde pension plan' and some of the most vocal opponents include financial analysts. This may seem pretty scary if you're relying on a third party to advise you on how to save for your retirement.

From an employer's perspective, the 401(k) is a preferred option as it costs less than a traditional pension plan and doesn't carry the same accounting liabilities. All well and good for your employer, but what about the net impact on you?

Analysts at Schwartz Center for Economic Policy Analysis, at The New School for Social Research, have shown that a 401(k) is a less efficient savings fund when compared to the older style retirement funds. But don't panic - here's some advice on how to get the most out of your 401(k)...

How to maximise your investment

First off, the US government has stated there is a $6.6 trillion deficit between what Americans save and the amount they'll need for a comfortable retirement. Even those of you who have invested in traditional pension plans may help from Social Security to make ends meet. 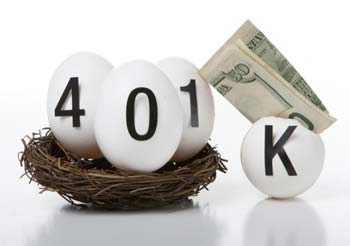 Here's the bottom line: max out your 401(k) contributions and start doing it as soon as possible - the younger, the better.

Standard advice for anyone not maxing out their payments is to up the amount you pay by 1% every six months. Using the current average salary figures, this means you'll paying between $20 and $50 extra from your pay check every month (a sum you hopefully won't miss).

Another incentive for taking out a 401(k) is the value of an employer's contributions. The average matching contribution is 50 cents of up to 2.5% of an employee's salary and, in some cases, it can rise as high as 6%. Don't miss out.

Bone of contention: How the 401(k) fails

This plan is far from perfect. In fact, the creator, Ted Benna, is a vocal opponent of the way in which the scheme has gone from being a simple savings vehicle to an overly complex beast.

In his own, immortal words, "I would blow up the system and restart with something totally different..."

This may be one of the reasons why over half of Americans have no retirement savings plan in place (putting aside the fact that many can't afford one).

Now, aside from this little gripe, there's the issue of early withdrawal penalties...

Now, that said, if you do need a loan, for important things such as a car, home improvements, etc, you can always borrow money from your 401(k). You can't borrow more than $50,000, regardless of how much you have saved, and if you fail to repay the full amount you'll be liable for the same 10% penalty tax that you'd be hit with for simply withdrawing the money too early.

Moving to a new job?

No problem; when you decide it's time to move on you'll be given three options:

I'm not going to try and give you exact benefits of each as they change on a regular basis. Make sure you check out the pros and cons of each option before you leap.

Note: we'll dig into the IRA options in a later article.

When to withdraw your money

Now the bit you're really interested in - when can you take out your funds? Well, if you're in your early twenties you are in for a long wait; you must be 70 ½.

If you decide to carry on working past 70 ½ you can defer payments until one year after you retire (as long as you don't own more than 5% of the company holding your 401(k) ). 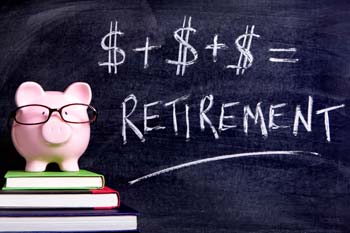 One thing is for certain - we should all be thinking hard about how we are going to save for our retirement and the earlier we all start, the better. We recently published an article detailing some effective ways in which you can start planning your retirement plan.

As a tax-efficient pension plan, and with your employer potentially matching your own payments into it, effective use of your 401(k) should certainly be considered as part of your retirement investment strategy.

Should you need some help with working out how much money you might need to be able to retire, why not make use of our retirement planning calculator.